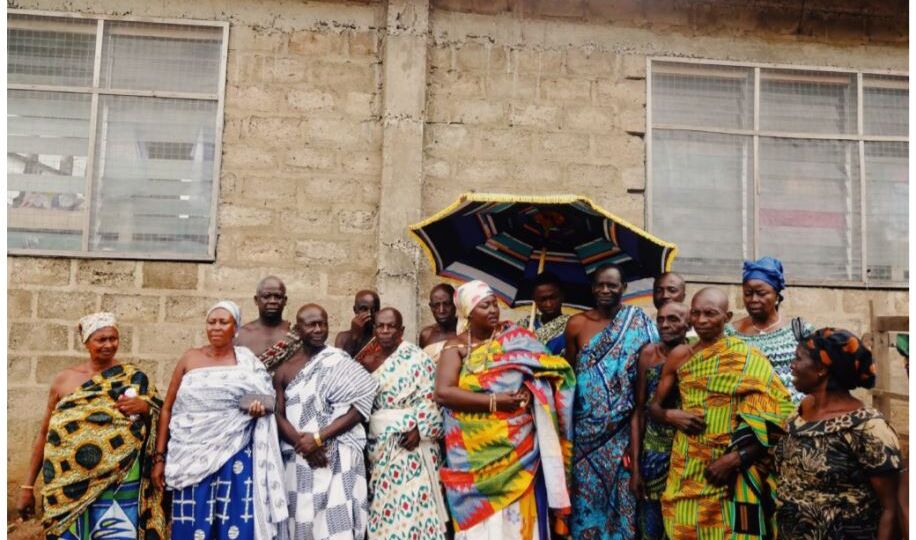 Homegoing: Reflections on the Book and My Own Journey

Journey to Naija: The Prelude

I wrapped up Yaa Gyasi’s “Homegoing” a few days ago. Timely, since in a couple days I will be embarking on a homegoing journey of my own, and… I have so. Many. Thoughts.

I actually purchased the book close to a year ago, and I’ve picked it up and put it down several times since then because honestly… it overwhelmed me. From the first pages I could see that this was the story my soul needed, a detailed relational tapestry connecting the global Black community in a way I haven’t seen presented within a piece of work before.

It highlights the major forces that have shaped both Black America and post-colonial Africa as we understand them today, as historical fiction usually does. However, it was the way these events intertwined with the realistic human journey of each individual that was highlighted – their feelings, their family, and their fate – that was taking me all the way OUT. I found myself drifting away from the book to contemplate the circumstance of each chapter deeply, and returning to it whenever my mind settled enough to wonder how the story would continue.

It was jarring to me because this mirrors the way I’ve found myself thinking about my own family history and genealogy in recent years. While I’ve known of the Cliff Notes version of my heritage for some time, it’s probably only in the last 7-8 years that I realized I could probe more deeply into the lives of my ancestors to better understand the decisions and forces that molded them as people… that have molded me as a person… that are molding me as a person. In this sense, Gyasi’s novel became a guide for allll these questions I have, providing a Black story that is universal to us all yet incredibly personal for me.

But… I really feel some kinda way about this at this particular moment in life. It’s about a year after we all became Wakandans and… less than a week from when I’ll set foot in Nigeria for the first time, a trip to a home I’ve never been to. Lowkey… I’ve been imagining myself as being on this international, multi-generational treasure hunt of unlocking my individual and familial identity in the world, and finishing this book feels like a critical step in the mission. Suddenly I’m looking at this trip like I’m Nicholas Cage trying to crack all the codes. Sheeeshh.

Where the Heart Is

As a first generation kid and habitual nomad, the idea of “home” has never felt as straightforward to me as it probably should be. It’s several different places – most literally Romulus/Metro Detroit, Michigan, where I was born and raised, or my current East Brooklyn dwelling. It’s Columbus, Ohio, where I spent most of my adult life to date, and the base for so much of my chosen family. It’s London, England, where my heart in the form of some of my dearest family members are. It’s Black-as-hell locales where I felt so comfortable I’ve been named an honorary citizen of, like Jamaica or Ghana, or places like Chicago or the DMV area where acquaintances who see me out and about comment “Oh, girl I see you so regularly I thought you lived here”. Yet somehow, my deepest, most visceral feeling of familiarity comes from a region on Earth where I’ve actually spent the least physical time… West Africa.

The first time I set foot on the continent, I remember being so amazed at the reality of Africa. My first trip was to The Gambia (my grandmother’s land) as a teenager. Everywhere I looked I saw people who resembled my friends, teammates, neighbors back home in Michigan, and I was STUNNED. Immediately I could see that there were many things about Africa as a continent that while growing up Black in America – even as a person with direct African heritage – had been profoundly miscommunicated to me. Here we were in this beautiful Black nation, where all the things about my Blackness that I had learned needed to be subdued or deemphasized to fit in with American culture were thriving. Life was going on as usual, but there was this overarching sense of freedom I still can’t really describe adequately. The white people we encountered (Europeans to be exact) were there simply because it was a highly enjoyable place to be, and seemed to be fully and unproblematically embracing the culture. This felt novel to me. Being there I experienced a sort of wholeness I didn’t realize I hadn’t before, intensified by the fact that it was the opposite of what I had been taught by society to expect.

One of my favorite experiences that happened was meeting the ruling family of Chiraa, Ghana. It was 2013. On my second trip to the continent, the delegation I was with had the opportunity to make a formal visit to the village of Chiraa, one that was small enough to possibly seem inconsequential to anyone looking for a place with any notoriety in a traditional sense. Nevertheless, I was excited to see more of the country.

With a bashful chuckle, our program leader explained that he had been named a chief in this particular town for contributions he’d made in the past, and so he tried to return each time he was in the region. He was obroni, so it was hard to miss the humor in that.

We arrived at an outdoor space at the center of a municipal building. Shortly after, the Council of Elders strode onto the stage area, stately in vibrant ankara and followed by the Queen’s court. The formalities followed, rich with pomp and beautifully time-steeped tradition. I was overwhelmed by the regality of each of them – especially of the graceful poise and command of the Queen and Queen Mother. So much so that after the group greeting I hung back a little, just taking in the magnificence of it all.

The court of Queen Nana Yeboah Pene II, Chiraahemaa; Brong-Ahafo Region, Ghana.
It was then the Queen Mother called me over to where she stood. I approached her and obediently did a quick, deep kneel as I’m accustomed to doing to greet African elders. She laughed, welcomed me with a warm embrace and said,

“You are my daughter, I love you.”
The Queen Mother and her newest daughter, Queen Jr!!

In that moment I felt so seen, so loved, so… connected. It was a moment that sums up the way I feel about Africa – there’s a special type of familiar, familial embrace that only the Motherland gives me, and there is a deeply-rooted legacy that will immediately recognize you as its own no matter where in the diaspora you’re from, whether you’ve been on the continent before or not.

2019 has been declared as The Year of Return officially by Ghana – the arguable heart of the West African slave trade – as it commemorates 400 years since the first Africans departed the continent to begin the Trans-Atlantic journey to the Americas. At the risk of simplifying and understating by saying our global Black community has had one hell of a past 400 years, I’m recognizing that four centuries is hardly much time at all considering the span of a human life. I’m finding deep comfort in Gyasi’s literary reminder that it’s definitely not enough time to destroy the ancestral commonalities that unite us. And, if we recognize that in the grand scheme of human civilizations that 400 years is really just a blip, how will this century in Blackness be defined?

I’m in love with this period of awakening and historical exploration we’re in…also, if you were wondering, yes I’m an honorary Ghanaian, so when you see me in Asanteland just call me Adwoa.

As a wanderer, tastemaker, and aesthete, Yetunde is in relentless pursuit of life well-lived. For her, writing and digital media are forms of evolving self-examination of her own identities, as well as the beautiful ways we are interconnected with one another. Her stories explore themes of womanhood, heritage, well-being, and community. An experiential design strategist by trade, she is passionate about impacting the health and wealth of those throughout the African Diaspora. Born in the US with roots in Nigeria and Gambia, she is currently based in Brooklyn, New York.