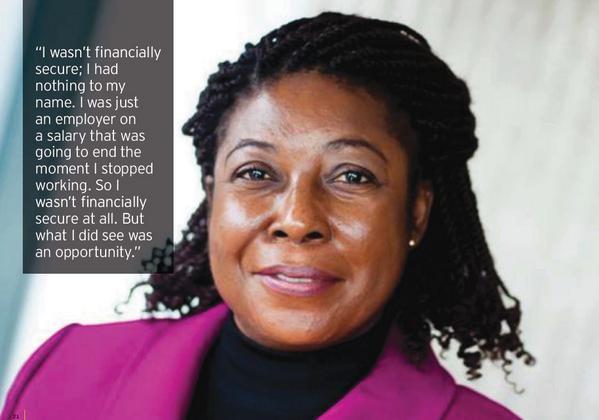 From a small cottage in Harare Zimbabwe Divine Ndhulukula  started her security services company. At its inception the business had only four employees and very limited resources. In fact The business  seemed to be faced with  insurmountable odds including other well established security companies that were already trusted by many Zimbabweans such as SAFEGUARD.

In addition Divine also had to attempt to establish herself in a male dominated sector. According to Divine despite these challenges she saw a vacuum in this sector in terms of professionalism and quality services for customers.

As a result of Divine’s determination and great entrepreneurial skills   SECURICOhas grown immensely from the small company Divine started in 1998 has grown into a security services empire. SECURICO now employs over 3300 security guards and 900 of these guards are. Providing numerous jobs for women in the  security sector makes SEUCRICO a trailblazer for women’s’ rights and empowerment.

In addition to being a forerunner for  women empowerment  SECURICO is also a pioneer in the security sector of Zimbabwe In fact, in 2002 SECURICO became the first indigenous security company to offer an asset/cash–in–transit service and in 2008 MULTI LINK was acquired by SECURICO and was integrated as their electrical division. SECURICO continues to push the boundaries in the security sector and as the company expands it is clear that security does not merely require one to have brute physical strength but intellect as well.

@MfonobongNsehe       Furthermore, Divine continues to show that there are many benefits for those that use the road less travelled.

She has been honoured with numerous awards for entrepreneurship to name a few she has been given  an award by EMPRETEC in 2003 ,the prestigious Legatum Award for African Entrepreneurship Award in 2011 and has been named African Woman of the year in 2013.

One could argue that the  most remarkable about Divine’s story is that she has been able to sustain her business through the harshest economic times of Zimbabwe in 2008 and has continued to expand her business despite difficulties that are faced by many businesses in Zimbabwe including corruption and a shrinking customer base because of stunted economic growth.

Divine’s story presents to young girls in Zimbabwe and around the continent of Africa  that one can make a career or start of a business even in the most hostile economic conditions and that wherever possible opportunities can be found within their economies to start their own empires.

To the outside world it may seem impossible to establish a business in a country that had record inflation and what some economists  term as high risk area for investment but SECURICO is thriving in Zimbabwe and expanding its services to multiple locations within the country and in future may extend their services to the rest of Africa. The sky definitely seems to be the limit for this African security services giant and its inspirational managing director.

Although, the situation in Zimbabwe and in many parts of Africa may seem very different to that of 1998 when SECURICO was started the  opportunities still remain endless. Young female entrepreneurs must be remember that where there is a will there is a way and whatever the odds it is possible to overcome them.

Find more about DIVINE NDHULUKULA on her