From damaging and overly pessimist portrayals to questionable Africa rising narratives, the 21st century has been home to pivotal and shifting train of thoughts shaping how we viewed and talked about the continent and its contemporary diaspora. But where do we capture honest conversations about the lives of those whose stories have been too often told by everyone except them?

It must be said and remembered however, that despite historical misrepresentations of our multiple African stories, we, Africans have had and keep having agency in telling our own stories. To depict us as voiceless and at the mercy of western representations, is to deny the agents of change that we are and have always been.

Senegalese-American based in New York, Amy Sall is a Columbia University Human Rights Studies graduate and a Culture and Media Studies lecturer at The New School University’s Eugene Lang College. She is also founder and editor of SUNU: Journal of African Affairs, Critical Thought + Aesthetics, an online platform and print journal that amplifies the youth voice on matters concerning Africa and the diaspora. Her instagram feed and Sunu‘s are filled with beautiful archival notes of post-colonial, modern Africa and the diaspora that interrogate how visual culture has shaped and currently shapes discourses surrounding the socioeconomic, political and cultural.

Oroma Elewa is a Nigerian visual artist, creative director and business woman based in New York. She is founder of one-time magazine Pop’Africana. The former was born out of the desire to create greater representation for Africans in the global fashion industry. Her work explores how African visual culture and aesthetics have shaped and continue to shape global fashion tendencies and showcases transnational African perspectives, stories, aesthetics and style.

“My work is inspired by a vision I have for Africa and Africans. A vision of an Africa that shelters and respects individualism and for Africans, that the world’s opinion of us is redirected.”

Mamy Tall, of Senegalese origin is an Architecture student at Université de Montréal and can be found between Dakar and Montreal. Photographer and creative entrepreneur, she is co-founder of the start-up Dakar Lives which is a digital media platform reshaping visual perceptions of Senegal. The platform has gained a huge following, thanks to their catalogue of vibrant pictures of Senegal’s landscapes, gastronomy and gorgeous streets!

Malikka Bouaissa, Moroccan and based in Belgium is the founder and editor of A.larte magazine, an online magazine showcasing contemporary art and creatives hailing from North Africa, the Middle East and beyond. The magazine redefines what it means to be Northern African and deconstructs orientalist narratives of the MENA region.

This 22 year old South African photographer and videographer is one to look out for in 2017! Jabu Nadia is the creator, writer and director of  The Foxy Five, a *bad ass*, young, south african, black and female web series that explores intersectional feminism. The series unapologetically explores  African feminism, in the specific context of South-Africa providing a much needed African take on intersectional feminism, whom cast members describes as predominantly African-american. YAS PLEASE!

Sarah Diouf, with her multiple origins: Senegalese, Central African and Congolese, is a photographer, business woman, stylist, editor and creative director. She is the founder and editor in chief of Ghubar, a digital magazine promoting the emerging and marginalized creative scene. She is also the founder of NOIR magazine, a digital African magazine  dedicated to Noir women. Ghubar’s current issue explores themes such as “The new pillars of the digital era” and challenges international preconceptions of women’s roles within Islam. Noteworthy: their editorials are thebomb.com

Diane Audrey Ngako is a 25 year old creative entrepreneur, photographer and journalist from Cameroon. In June 2014, she founded Visiter l’Afrique, a digital platform that primarily showcases African tourism and cultures. This platform revolutionized Africa’s media narrative by being one of the first to depict Africa for what it was, far from stereotypes but  also without denying its current challenges. It also shifted perceptions of African tourism, often limited to safaris, resorts and famous locations such as South Africa and Kenya. From busy streets, far away villages, breathtaking beaches, to yummy street food, Visiter l’Afrique provides is a vibrant visual catalogue from photographers across the globe. From Gambia, Namibia to Burundi, Visiter l’Afrique boldly affirms that all African countries are worth visiting.

Yagazie Emezi is a Nigerian/Malaysian documentary photographer. With her work, she hopes to preserve African aesthetics through documentary photography. Her most recent work, Relearning Bodies documents how trauma survivors and scars bearers navigate their new bodies. Emezi’s work is important in how by preserving African aesthetics, she sidelines distorted portrayals of Africa.  Noteworthy: her work is breathtaking.

Majoring in Molecular Cell Biology and African Studies at McGill University, Aurore was born in the land of a thousand hills : Rwanda. For her, SAYASPORA means allowing space for voices too often unheard. It means recognizing the power of womanhood and seeing it manifests into greatness. 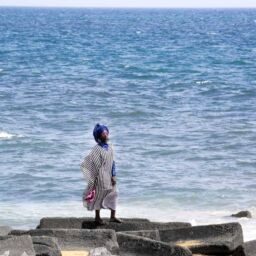 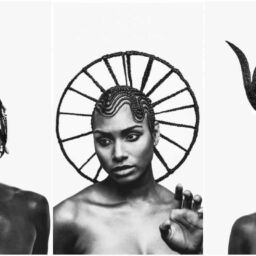 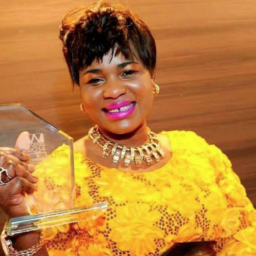 As a fellow Zimbabwean, when I read about Adel Kaseke’s story on social media, and how she was taking… 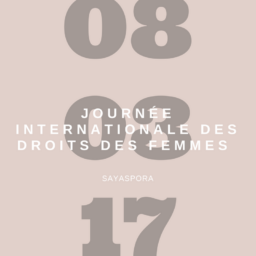 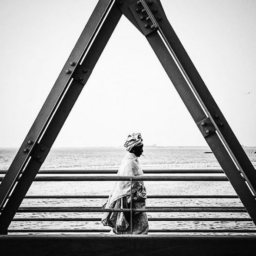 Living away from home, or as a part of the diaspora, it is easy to feel disconnected from Africa. We…